Zarrinshahr Railway Bridge is located on Foulad Shahr-Zarinshahr road and today it is used to transfer the load to the Saba steel complex. The construction time of this bridge, according to the existing original design plots, is related to the 40s (about 50 years ago). Observations from this bridge show that the collision of vehicles with unauthorized height and adverse environmental conditions has caused damages to the structure. These damages in one of the spans are such that the bending capacity of the section is greatly reduced leading to progressive cracks in it. Due to the progress of the damage, the propensity for adverse events existed if the retrofitting was delayed. 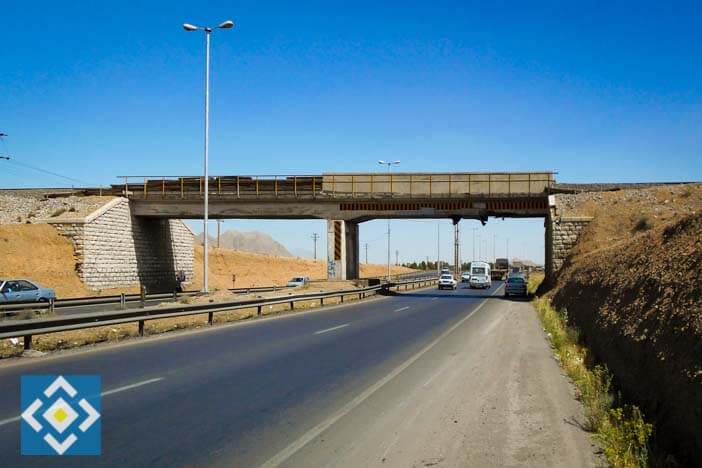 Providing a plan with the lowest freeway blocking time 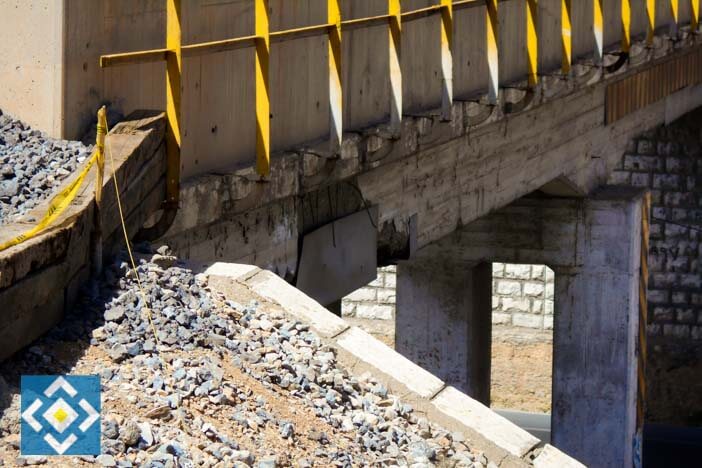 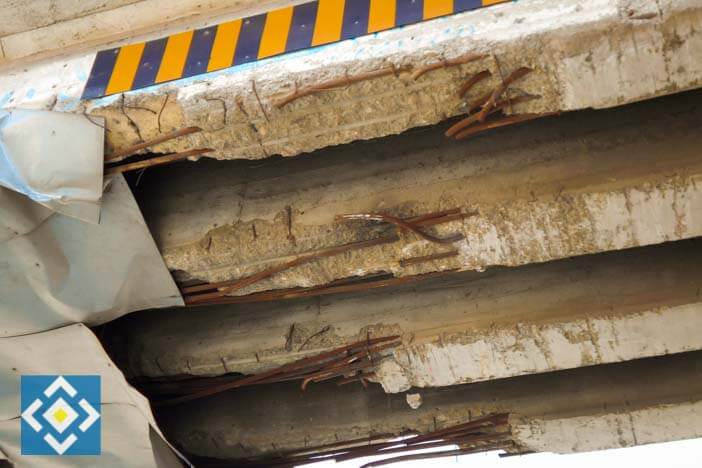 Unauthorized vehicle traffic and their collision to the underside of the bridge resulted in the loss of the tensile reinforcements of the bridge’s girders. Progress of the damages had led to the loss of concrete cover and the rusting of reinforcements. Since the road passing under the railway bridge is one of the major routes of the north to the south of the country, it could not be blocked and the replacement of the route would result in traffic costs. On the other hand, the railway line passing through the bridge is the only route to supply the raw materials of the Saba steel, and it is not possible to stop its operation; therefore, the proposed plan should be designed in such a way as to create the least disturbance in the traffic below and above the bridge in terms of time.

In order to compensate for some of the lost capacity, it was anticipated that a number of reinforcements will be added as beam bending reinforcements by planting technique. Due to building code regulation limitations, the rest of the required capacity was provided by the FRP installation using the EBROG technique. Using this technique made use of all FRP capacities and saved up to 20% compared to the routine installation of FRP. Finally, a protective layer against the impact was presented. This layer is designed to be transmitted to the columns and then to the ground in the event of a new collision of the impact force without acting on the beams.

4.4
13
By مدیر وبسایت|April 25th, 2019|Comments Off on Strengthening plan and health monitoring test of Zarinshahr Highway Railroad Bridge in the Saba Steel Sub-Line