Leading in any field is possible only with research. Knowledge of day science and creativity in design and implementation methods is not possible except by having a dynamic part such as research and development. The main achievement of the R & D department is the registration of five national patents on the various types of installation of FRP on the surface of concrete, by its colleagues. In the field of health monitoring, the research and acquisition of the technology of making the best devices at the most reasonable price has been placed on the agenda of the research and development department. Also, software preparation on the issue of failure detection is also on the agenda of this section. In addition to the above, this division is trying to implement a plan for managing physical assets based on financial and risk analysis in organizations through the development of comprehensive software. 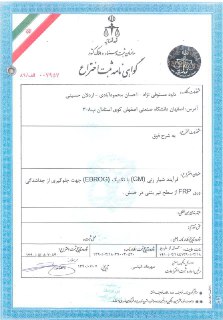 It has always been one of the main materials used in the refinement of concrete structures of FRP sheets. In addition to the numerous advantages that this material has made in the retrofitting of concrete structures, there were also serious issues. One of the main drawbacks was the detachment of the sheet from the concrete surface. This phenomenon ultimately leads to the crisp failure of the instrumental elements, which is undesirable. Hence, for the first time in 2006, the idea of ​​modifying the concrete surface was used to paste FRP sheets. In order to implement this idea, various surface preparation methods were tested. Finally, the best practice, the EBROG brand was patented in 1389. Subsequently, other dimensions of this phenomenon were examined in three different papers in 2010, 2013, and 2015. In these papers, other parameters such as concrete strength and cross-sectional shape have been investigated. 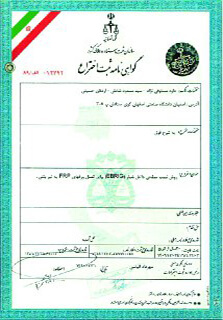 As stated in the EBROG product description, the purpose of presenting new surface preparation methods for installing FRP sheets is to delay the detachment phenomenon and, consequently, to optimally utilize the capacity of FRP sheets. As the EBROG idea came to light, the idea of ​​another type of installation of FRP sheet was introduced in 2008. In the new idea, the sheets were not placed on the surface and fell into the grooves. Eventually, after the initial tests, in 2010, the EBRIG named the material and intellectual property registration. Between 2013 and 2014, the different parameters of the EBRIG and EBRIG methods were compared with traditional methods (EBR). 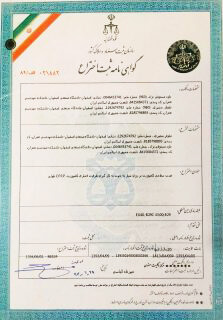 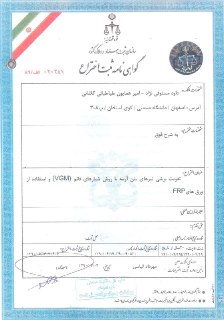 With the development of burglary methods, the idea of ​​using these methods for developing FRP applications was also discussed. In this regard, in 2009, studies have begun on the possibility of using FRP sheets to reinforce the shear of concrete beams. In this regard, after reviewing the previous studies carried out by the researchers, laboratory samples were created. Finally, after reviewing the responses of the experiments and their responses, the service, named VGM, became material and intellectual property registration. In order to expand this method, two articles were written in 2013 and 2015, and the various dimensions of this method and the parameters governing it were numerically and laboratory. 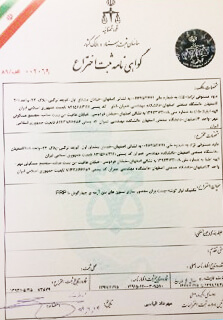 In parallel to the development of the EBROGC product, the idea of providing encapsulation using FRP sheets was introduced with other methods. One of these methods is the eavesdropping method, the first of which was created in 1391. This method was also developed and tested at the same time as laboratory samples from EBROGC. Although this method was more difficult to implement than EBROGC, the reduction in FRP sheet consumption is considered to be a strong point. Finally, in 2014, this method of calculating the registration of material and intellectual property became. Two articles were published in 2015 and 2017 in order to understand the parameters governing this method